Over the last few decades hundreds of companies, thousands of jobs and billions of dollars of real wealth were created by startups with the support of angel investors. The possibility of a small company to obtain seed funding with little more than an idea is indeed one of the most important wealth creation engines of America. Now this possibility, this engine, is at stake.

There is a bill currently under review in the Senate that includes two provisions that directly threaten the way that startups are funded. The bill is the "Restoring American Financial Stability Act of 2010 supported by Senator Dodd. Even though the intention of the bill is noble, to attempt to protect investors against fraudulent investment requests, two of its sections can have severe unintended consequences for the economy and the society of the United States. The first one is the following:

SEC. 412. ADJUSTING THE ACCREDITED INVESTOR STANDARD FOR INFLATION.
The Commission shall, by rule
(1) increase the financial threshold for an accredited investor, as set forth in the rules of the Commission under the Securities Act of 1933, by calculating an amount that is greater than the amount in effect on the date of enactment of this Act of $200,000 income for a natural person (or $300,000 for a couple) and $1,000,000 in assets, as the Commission determines is appropriate and in the public interest, in light of price inflation since those figures were determined; and (2) adjust that threshold not less frequently than once every 5 years, to reflect the percentage increase in the cost of living.

This basically raises the minimum income and assets that an investor needs to have to be considered qualified to invest in a startup. The limit would go from $1 million of net worth to $2.3 million and from $200,000 of annual income to $449,000. This could affect more than two thirds of all angel investors. 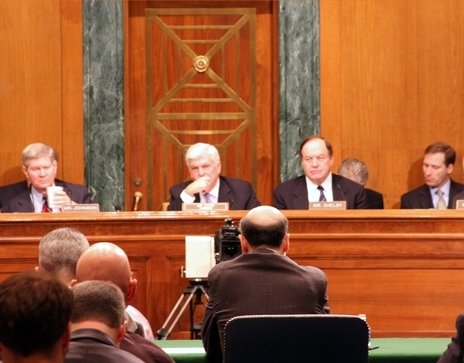 The second section is:

SEC. 926. AUTHORITY OF STATE REGULATORS OVER REGULATION D OFFERINGS.
[...]
IN GENERAL.The Comission shall review any filings made relating to any security issued under Commission rules or regulations under section 4(2), other than one designated as a non-covered security under subparagraph (A)(iv), not later than 120 days of the filing with the Commission.
[...]
IN GENERAL.Nothing in subparagraph (A)(iv), (B), or (C), shall be construed to prohibit a State from imposing notice filing requirements that are substantially similar to filing requirements required by rule or regulation under section 4(4) that were in effect on September 1, 20 1996.
[...]

it essentially would require startups to make a filing with the SEC, which will have up to 120 days to review it. If the SEC doesn't review the filing then securities regulators in all states involved in the deal will have the chance to review it. What this means is that cash-strapped startups will have to wait 4 months for funds, and they will have to comply with securities laws of up to 50 states, with significant costs in legal fees.

http://www.saveregd.com/, contains more information about the significance of this sections and the impact that they may have on startups. Also you may find the full bill here.

I believe that these two sections of the bill will impact negatively startups, angel investors, and as a result the mechanism by which entrepreneurs get funding for new ideas, innovate, and generate jobs and wealth. To express your oposition to these two sections of the bill, and help preserve one of the most important wealth creation engines of America, I would like to ask you to review and sign this petition now.