The Modern Quest for Immortality

Human interest in the possibility of rejuvenation begins in ancient times. Around 200BC the Chinese emperor Qin Shi Huang became obsessed with his own mortality and sent the famous alchemist Xu Fu to find the Peng Lai islands (where immortal beings were believed to live) and return with the elixir of life. Starting in the Middle Ages, European alchemists began a quest for a substance that was not only able to transform metal into gold, but also rejuvenate whoever held it: the philosopher's stone. These myths have reached the present day, and feature in works such as J. K. Rowling's (hugely successful) first Harry Potter novel.

Such contemporary references indicate we are still as fascinated by the myth as our ancestors, but we might be evolving to a scenario where what was once transcendental and restricted to the realm of the imagination is likely to become very much real and palpable. In part thanks to the work of Dr. Aubre de Grey and SENS.

Aubre de Grey is one of the most prominent faces of the longevity movement, and somewhat of a celebrity within scientific circles. Although he came from a computer science background, Dr. de Grey's interest in aging research was already well developed as early as 1999, when he published a book analyzing the role of mitochondria in aging, a book which granted him his Cambridge PhD, even though he had not enrolled for doctoral studies. This interest in aging research quickly became focused on regenerative medicine (or biogerontology) and in the early years of the new millennium several conferences of like-minded individuals paved the way to a plan to cure aging, which they called SENS. 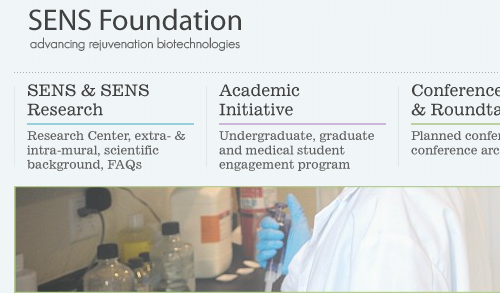 SENS is an acronym for Strategies for Engineered Negligible Senescence. Despite the daunting name, the ultimate goal of this approach is simply to reach a level of technological advancement where we have such knowledge and control over the human body's biological machinery that we are able to diagnose and repair whatever goes wrong. Although, admittedly, this kind of development is bound to be decades or even centuries away, that does not mean people alive today might not see their life extended. As Dr. de Grey elegantly explains in this TED talk (included below), we don't need to solve the entire aging problem within a small time frame, but we will extend our lifespan in successive increments as research progresses and we uncover new ways to rejuvenate our bodies. Of course, in the time between discoveries we will continue to age, but as long as the speed at which new developments reach the market is greater than the rate at which biological damage takes place, we will have attained actuarial escape velocity and, consequently, the possibility to live for a very long time, and eventually immortality.

How SENS will help us live longer

In Ending Aging (a very engaging and surprisingly easy to read book), Dr. de Grey explains what he considers to be the seven factors behind aging and the SENS approaches designed to tackle them. Very briefly, these are:

Even if the problems have been identified, we are still not at a point where we can make great strides in all areas. What SENS has been doing, however, is a number of strategic advances in areas which have great relevance now and whose potential benefits are enormous, for example:

RepleniSENS is one of those areas. The program seeks to solve the problem created by cells which divide slower than they die. This cellular behavior is behind many of the age-related pathologies, including loss of muscle strength (due simply to the decrease of the number of muscle cells) or Parkinson's disease. However, a group of German researchers working under the SENS umbrella discovered a way to administer stem cells to rats' brains in a non-invasive fashion through the nose. The rats, which exhibited symptoms of Parkinson's, showed great improvement in mobility after receiving the treatment.

Another very exciting field is the one under AmyloSENS. This approach intends to (literally) clean up the junk that accumulates outside the cells either by stimulating the immune system to find and eat it or by introducing enzymes (the agents that do the eating) directly into the body. Dr. Houk and his research team have been undertaking the Herculean task of using computer simulation to design enzymes from scratch, so they can be very effective at removing each different type of accumulated junk.

Even today, the outlook for the SENS project is not clear. In November, a group of 28 biogerontologists released a response to a paper by de Grey accusing him of being overly optimistic by claiming that each one of the specific proposals that comprise the SENS agenda is exceptionally optimistic, and went as far as stating that a program as speculative as SENS did not deserve the respect of the scientific community. Previously, de Grey sparked the controversy with a paper that he wrote in the MIT Technology review MIT Technology review offering a reward to whoever could prove that the idea of SENS was so preposterous that it was not even worthy of scholarly debate. Although 5 submissions were received, independent juries analyzed them and concluded they did not provide compelling evidence to warrant the dismissal of the SENS approach, although they recognized the speculative nature of the programme.

It could be said that other scientists are taking the research step-by-step, whereas SENS is looking at what lies ahead, but the immediate research concerns are not conceptually different. In fact, much exciting research in biogerontology is being done around the world. For instance, Harvard researchers took mice whose telomerase enzyme was shut down and consequently developed symptoms of aging very soon (having a very short life-span) and reactivated the enzyme. Almost instantly, the mice became healthy, with recovery being almost total. These are encouraging results not only because they indicate rehabilitation is likely to be possible even if treatment starts in adulthood, but also because it offers great promise in treating accelerated aging diseases like progeria. Similarly, a collaboration between 3 American universities uncovered that rapamycin, a drug that has been used to prevent organ rejection and to treat tumors, was able to extend the life-span of mice between 5 and 16%. What was most surprising about this result, however, is that the effect was achieved with middle-aged mice. They started administering the drug to mice at an age equivalent to 60 human years which leads credence to Dr. de Grey's belief we might yet live to see significant life-extension possibilities available.

The ethical debate on immortality

Part of the reason why SENS became so controversial recently was the whole new ethical debate it brought about immortality (or at least a much longer life) was no longer a theoretical concept, but it was possible to envision how it might become real. From one side of the barricade, individuals against this type of life-extension claimed death was natural and it would be a corruption of the natural order of things (including evolution) to thwart death. Moreover, they were concerned that social inequalities might become more pronounced as these technologies would be used by rich people in detriment of the poorer classes. On the other hand, transhumanists see nothing of natural in dying (in fact, they go as far as considering death an abomination) and find it unethical not to do anything in our power to fight it. They also argue social inequalities would not be an issue as society would adjust to the new paradigm as we have adjusted in the past.

Regardless of where you stand in this debate, one thing appears clear research on the matter, either cautiously or overtly optimistic, is happening and we are finally starting to get a glimpse of how the extremely complex machinery within our bodies works. Whether that research will be applied only time will tell but, who knows, some of us might live to celebrate the year 3000 :) 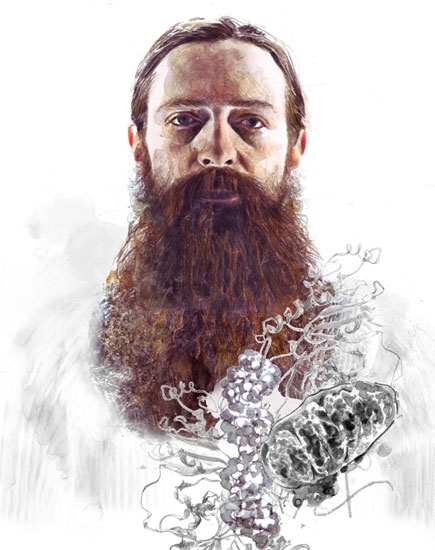