Collaborative Mathematics and The Future of Science

Mathematical research is traditionally seen as a one-man job. To quote Jean Dieudonn in The Music of Reason:

Research in the experimental sciences is done in laboratories, where larger and larger teams are needed to manipulate the instruments and to scrutinize the results. To do research in mathematics nothing is needed except paper and a good library. Team-work, as practiced in the experimental sciences is, then, quite unusual in mathematics, most mathematicians finding it difficult to think seriously except in silence and solitude. Collaborative work, while quite common, most often consists in putting together results that each of the collaborators has managed to obtain in isolation, albeit with mutual profit from each other’s ideas, enabling them to progress form new points of departure.

In spite of that, about a year ago Tim Gowers asked himself if it would be possible to solve important mathematical problems by collaborating openly over the internet. Not a collaboration among a few colleagues, but among everybody that had any insight about the problems. He shared this question with the mathematical community through a post in his blog. That was the birth of the Polymath project.

The first problem that the Polymath group worked on is the attempt to obtain a simple proof for the HalesJewett theorem. This theorem is a very important result from Ramsey theory. In very gross terms Ramsey theory says that for many mathematical structures, there is no such thing as complete randomness.

For example, take a group of six people: Alice, Bob, Charles, David, Erin and Fritz. The Ramsey theorem tells us that there are either 3 people that all know each other, or 3 people that are all strangers to each other. Even in something as random as a party, if there are at least 6 people then we can find a very special subgroup of 3 people.

So far the Polymath group has discussed 5 problems, which are all shown in the <a href="http://michaelnielsen.org/polymath1/index.php?title=Main_Page"wiki> Wiki</a> and they have started to publish some of the results. Here is link to a paper from D.H.J. Polymath on arXiv, A new proof of the density Hales-Jewett theorem.

The following image is a part of a 3D Maldelbrot fractal, as described here. It has nothing to do with the rest of the post, but the Hales-Jewett theorem doesn't lend itself easily to fancy pictures. 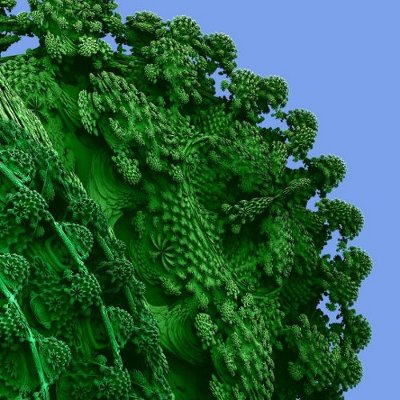 And for comparison purposes this is a piece of romanesco broccoli. 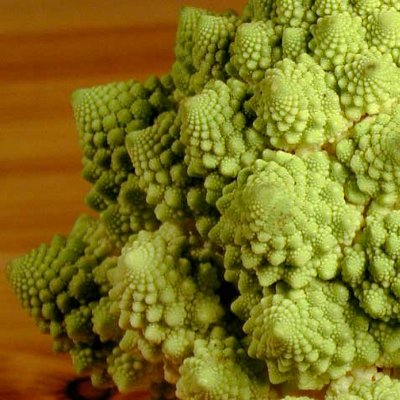 Of course, Mathematics is not the only scientific discipline in which people collaborate openly in interesting problems. Michael Nielsen has a great blog post about doing science online. Probably the most important point is that the way that scientists work with each other is changing. And the change is driven mostly by new online collaboration tools. To finish the post I will quote Michael:

Blogs, wikis, open notebooks, InnoCentive and the like arent the end of online innovation. Theyre just the beginning. The coming years and decades will see far more powerful tools developed. We really will enormously scale up scientific conversation; we will scale up scientific collaboration; we will, in fact, change the entire architecture of expert attention, developing entirely new ways of navigating data, making connections and inferences from data, and making connections between people.