The Beauty of Complex Analysis 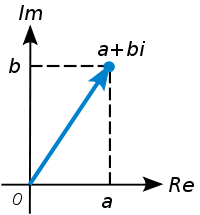 For example, in Complex Analysis we study holomorphic functions. These are essentially functions that are differentiable in the complex sense. Which means that the function is continuous and both its real and imaginary parts have partial derivatives that satisfy the (apparently simple) Cauchy-Riemann equations. At first sense this is a very general definition. Considering the huge variety of differentiable functions in the real line we would imagine that there is also an extreme variety of holomorphic functions in the plane. However in complex analysis we have for example the following theorems, which impose very strong conditions on holomorphic functions:

The last point is particularly shocking when one compares it with real functions. For example, the function {0 if x < 0 and exp(-1/x) if x >= 0} is identically equal to the constant 0 on the left side of the graph, and both are infinitely differentiable. However, they are obviously different functions. As a matter of fact, this function is a counterexample to show that the 3 properties above don't apply to real functions.

Holomorphic functions are very structured when compared with real differentiable functions. In that sense they are more simple than what intuition would suggest.

On the other hand, we have objects like the Mandelbrot set, which can be expressed in a very simple and concise way, but which is indeed very complex. From Wikipedia: A complex number c is in the Mandelbrot set if, when starting with z0 = 0 and applying the iteration: z_n+1 = (z_n)^2 + c the absolute value of z_n never exceeds a certain boundary, however large n gets. In spite of this simplicity, the graphical representation of a part of this set looks like this: 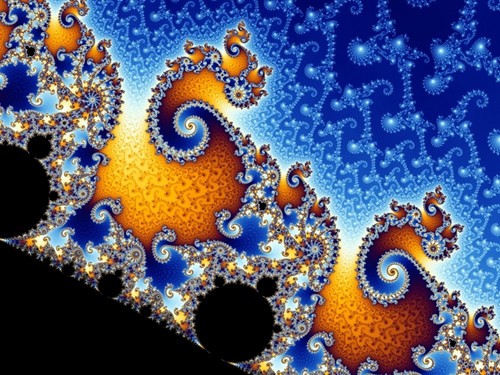 Another example, even more interesting: Consider the Riemann Zeta Function:

where s is a complex parameter. This function can be defined in a seemingly very simple way. However it satisfies many remarkable properties. For instance, if we restrict ourselves to the stripe of the complex plane where the real component x is < x < 1 and take a section of the stripe and any holomorphic function which doesnt take the the value 0 we have that, informally, this function can be approximated by the zeta function as precisely as we want in another section of the strip right above or below. This property is called the Universality of the Riemann Zeta Function 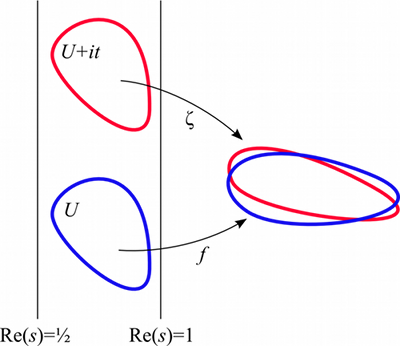